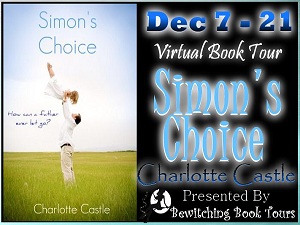 When I wrote Simon’s Choice, I was pregnant.

It seems an odd choice now, to write about a dying child when I had one on the way, and there were quite a few moments when I thought I can’t write this, I’m jinxing the life of my own children.

As I write this particular blog-post however, my son is thriving, yet sadly my marriage is not. I’m in the middle of a particularly acrimonious divorce.

I realize now, that Simon’s Choice was never about little Sarah’s struggle with leukemia, rather Simon and his wife Melissa’s struggle with marriage – and how a an almost pitch-perfect relationship can suddenly fracture under the strains of the illness of a child.

Perhaps this is why those who have read the book very kindly insist that it isn’t maudlin. I was writing about the anger that the parents feel, rather than the pain. I’m beginning to suspect that I was writing about my own anger, but veiled within a plotline that I can only hope will never happen to me.

As I spend most of my time arsing around on Facebook and writing what I hope are quite funny blog posts, it took me by surprise that I chose such a serious subject, but the book is full of dark humour and if it is possible to laugh in such a book, I’m told you will.

About the Author:
The daughter of a successful novelist, Charlotte Castle considers herself ‘chronically unemployable’ and admits to being astounded that her book has had such a positive reception.
“To be honest, I started writing ‘Simon’s Choice’ out of a mixture of genuine desire to explore the horror of losing a child and a fair amount of desire to get out of mopping the kitchen floor. That people want to read it is wonderful.”
A school governor for her daughter’s primary school and actively involved in her local ‘Community Action Group’, Charlotte juggles writing with cleaning up after a man whom she says is “completely unfamiliar with the term ‘washing basket’”, her cat and her two children. 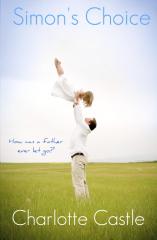 "But Daddy, who will live with me in heaven?"

Doctor Simon Bailey has everything a man could ever want.

Then his beautiful daughter is diagnosed with Leukemia.

He can almost accept her impending death.

He can almost accept the fact that he will have to live without her.

But he cannot stand the thought of his little girl having to face death alone.

He answers her innocent question in a moment of desperation, testing his marriage, his professional judgment and his sanity to the limit.

As cracks form in Simon's previously perfect family, we wonder, as do his loved ones ... will he really make the ultimate sacrifice?

Combining poignant moments of both humour and pain, 'Simon's Choice' is a penetrating account of parenthood at the sharp-end.

a Rafflecopter giveaway
Posted by Andi at 6:54 AM No comments: